Our practice areas developed to meet a changing global marketplace 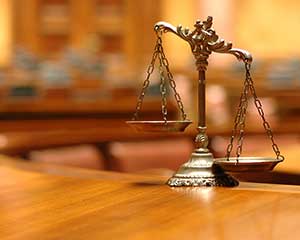 Each month, Sean Cox has been teaming up with Crossroads Eldercare to deliver timely information to help Navigate the Senior Housing Maze. At the seminar, Sean Cox is often asked about various aspects of Medicaid eligibility. Many people wrongly assume that you cannot qualify for medicaid to pay for a nursing home if you have assets. This is not true, but there are complex regulations, including a “look back” period and restrictions against asset transfers. We thought we’d touch on eligibility criteria in this article, but for a comprehensive discussion, please join us at our next seminar August 28th, 6 p.m. or Contact our office for a free initial consultation by calling (616) 942-6404.

In a recent article at ElderLawAnswers.com, Medicaid’s asset transfer rules were discussed. A person applying for Medicaid must disclose all financial transactions he or she was involved in during a set period of time — frequently called the “look-back period.” Medicaid then determines whether the applicant transferred any assets for less than fair market value during this period. In Michigan, there is a “look-back” period where Medicaid can review transfers made within the last five years. However, few people realize there are significant exceptions, whereby the transfers will NOT trigger a period of Medicaid ineligibility.

These Exempt Recipients Include The Following

In Addition, Special Exceptions Apply To The Transfer Of A Home. The Medicaid Applicant May Freely Transfer His Or Her Home To The Following Individuals Without Incurring A Transfer Penalty:

If you have transferred assets within the lookback period for less than market value and then move into a nursing home, you will be “penalized” via a period of Medicaid ineligibility. This is to prevent people from in essence divesting themselves of assets as soon as they know they need nursing home care. But just because there’s a penalty period does not mean the person will be ineligible for Medicaid forever. However, the changes in policy have meant that it’s best to plan well in advance for prospective scenarios in your twilight years.

The penalty period is determined by dividing the amount transferred by what Medicaid determines to be the average cost of a nursing home in Michigan.

Another way to look at the above example is that for every $7,867 transferred, an applicant would be ineligible for Medicaid nursing home benefits for one month. In theory, there is no limit on the number of months a person can be ineligible.

Recent changes have also been made to when penalty period created by the transfer begins. Under the prior law, in the example described above the 12+-month penalty period created by a transfer of $100,000 would begin either on the first day of the month during which the transfer occurred, or on the first day of the following month, depending on the state. Under the new rules, the period will not begin until (1) the person making the transfer has moved to a nursing home, (2) he has spent down to the asset limit for Medicaid eligibility, (3) has applied for Medicaid coverage, and (4) has been approved for coverage but for the transfer.